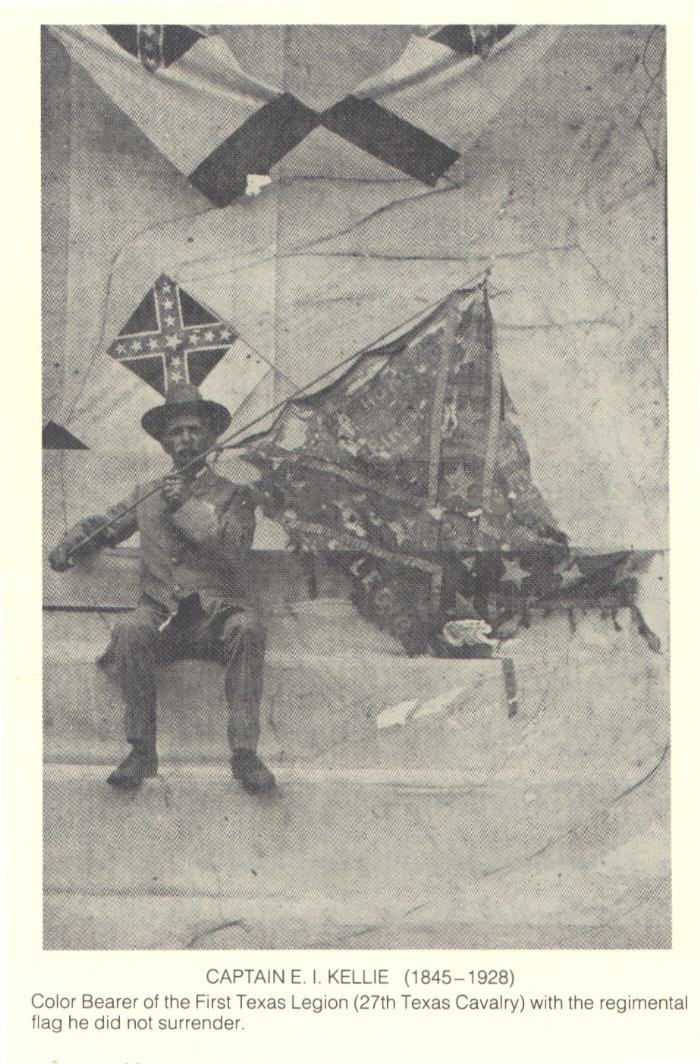 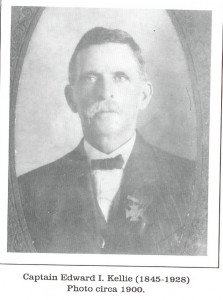 Years ago, I came across an article on a quite interesting journalist from East Texas.  To say Edward Irwin Kellie, who founded the still operating newspaper of Jasper, Texas, was a “character” seems to be a bit of an understatement.  In an August 1967 edition, Shreveport Times writer Norman Richardson compared Kellie to Mark Twain, and in fact, named his editorial piece “East Texas Twain.”

Following is the text of the editorial:

He was a 190-pounder with piercing eyes, a big walrus mustache and a pen of penitence that dug furrows in the conscience of Jasper County citizens.

Once, when his words evoked the wrath of carpetbaggers, they arrested him and tied him to a tree on the courthouse grounds.

Later, when he was dying, he insisted on being buried wrapped in a Confederate flag.

Capt. Edward L. Kellie was the Mark Twain of East Texas, a plucky little publisher who found-ed the Jasper News-Boy in 1865.

Twain dreamed of being a cowboy. So did Kellie, Twain labored in a print shop as a boy, as did Kellie. Twain loved the river and longed to be a steam-boat captain, as did Kellie. And both possessed a biting wit.

Kellie’s parents died of yellow fever in New Orleans in 1856. Three. years later, tired ‘ of walking the streets, he headed for Texas with a body full of the cowboy fever.

In Galveston, looking for work, he was given a job as a printer’s devil, with duties of keeping the office clean, picking up the type dropped on the floor and whatever else he was told to do.

He stayed there a year and then took a steamboat to Sabine Pass and hooked on with a newspaper there in the same capacity. 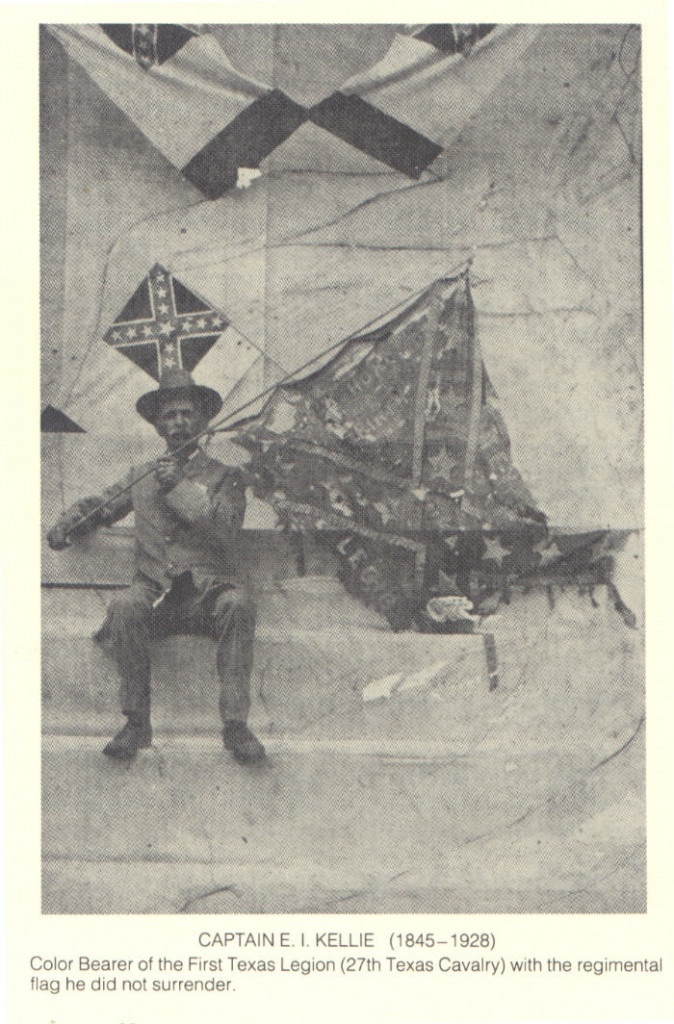 In 1861 the Civil War broke out and Kellie immediately enlisted in a Confederate company.

“We drilled on the prairie for about six months,” he once wrote. “Seeing no chance to get into a fight, six of us under age who wanted to fight packed our duds without asking anybody and went up to Jasper, where we learned a company was going to war.”

Kellie’s baptism to fire came at Elk Horn in Arkansas but he later wrote that, “I never did know which whipped, as the federals quit and so did we, they going north and we going south.” 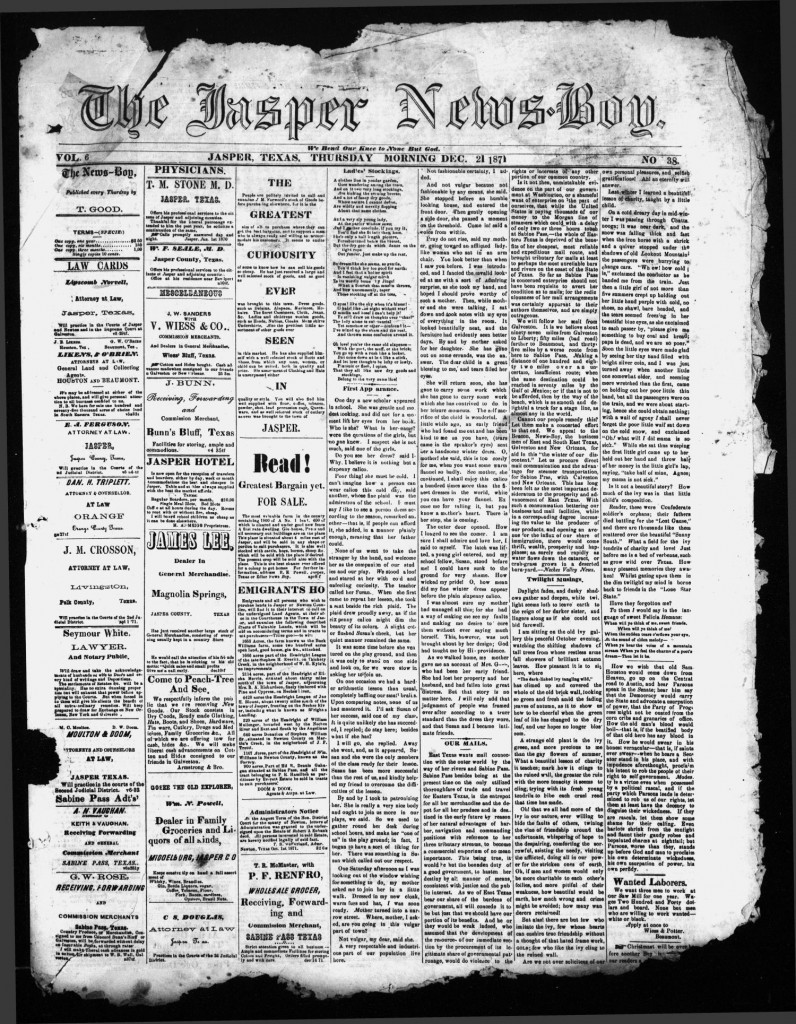 In 1865, with the battle flag of his Confederate company hidden under his uniform, Kellie re-turned to Jasper, found a hand press and a box of jumbled type in an old newspaper shop, rented an office and founded the Jasper News-Boy.

Few escaped his pungent scoldings. He wrote on many things, including this note on Masonry:

“We have always thought Masonry was a good thing and we intended to try to join them when we could get money enough. But this stripping a fellow and tearing his undershirt (during initiation rites) all to pieces we don’t like. We ain’t got but two undershirts and blamed if we know what to do if one of them was tored up.” 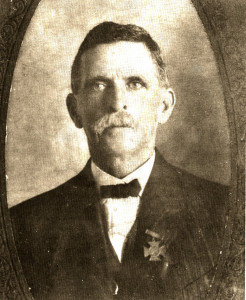 During his career as publisher—which he left in 1880 to become a steamboat captain on the Sabine River—Kellie left Jasper with somewhat of a mystery.

In 1872 he solemnly reported that the News-Boy had received a cable from Queen Victoria of England, asking that a subscrip-tion be started and sent to Buckingham Palace. “I have been a constant reader of your paper for the past year and find it impossible to live without it. It is, indeed, the life of my household,” the cable reportedly said.

Kellie never did say if the wire was authentic or a hoax. 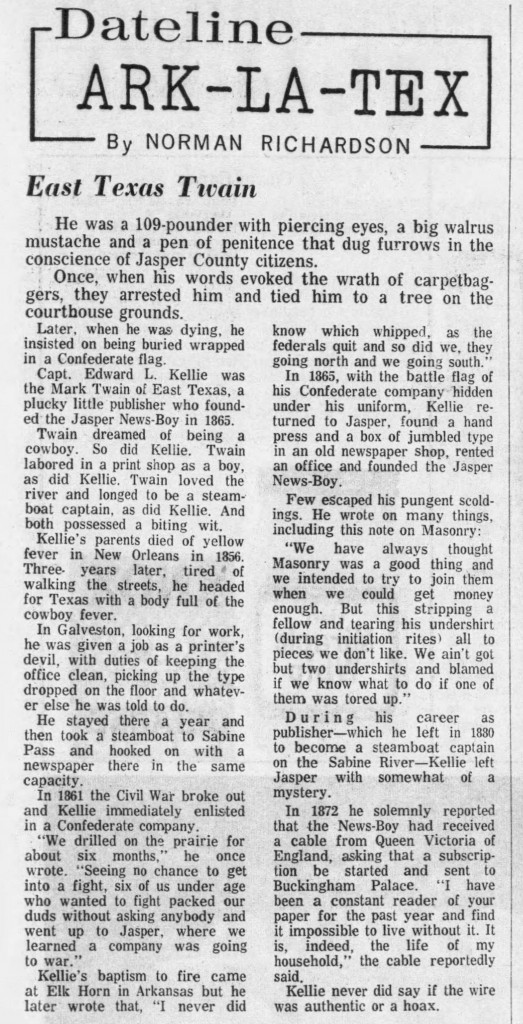 This classic classy photograph was taken probably in the late 1920s of the Kirbyville, Texas Volunteer Fire Department.  Quite the cool fire truck and a neat looking group of men. 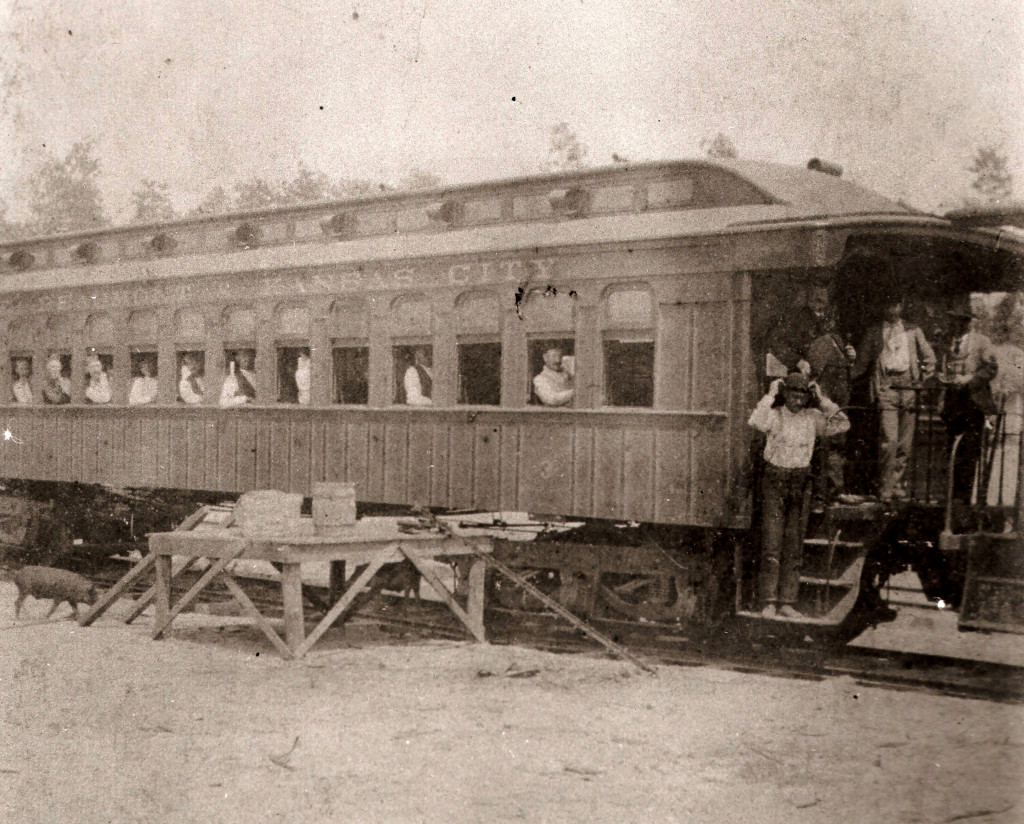